If you want to be a good surfer, it is essential that you know the types of waves and the parts of a wave, this is part of the information you will receive if you sign up for our surf lessons for beginners in Lanzarote.

Well, knowing which wave is coming and what characteristics it has, will make life easier when it comes to taking it, so it is essential to know this information. Let’s see what we can see in a wave.

The types of waves that we can find while surfing

The first thing to say is that waves are the most important movements of the sea. That which we like so much and which is the basis of our sport is formed by the impulse of the different winds. The wind speed allows for continuous wave formation, i.e., from small chalk that reaches the beach to large and powerful waves that are generated in unstable conditions, such as during storms. 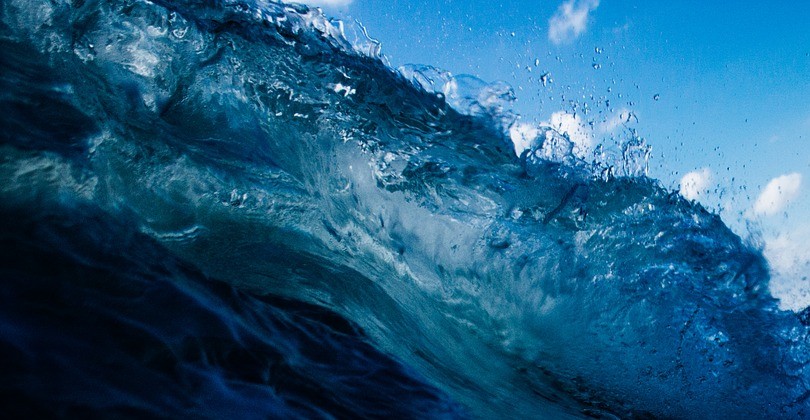 It is precisely in the open sea where the largest waves are seen, although it is also possible to see large waves very close to the coast. Therefore, it is useful to know what the 3 main types of waves are:

The first thing we know is that this type of wave is so called because its water does not move forward, but only describes a turn as it rises and falls almost in the same place where the wave’s ascent began. These are the most common waves and the ones we are used to seeing when practicing sports, which is why we simply know them as waves.

They move from one place to another, so most of them have an arc shape, being very good for surfing. At the same time, in oscillation waves, the height is taken into consideration, which is the vertical distance between the crest or highest portion and the lowest point of the depression or groove. At the same time, it is important to evaluate the wave length, which is the distance between two successive crests, while the wave period is the time it takes for two successive crests to pass a point.

Here we are talking about the waves that occur near the coast, which touch the bottom, advancing and crashing against the coast, generating an abundant foam formation. When the water returns to the sea, the undertow is caused.

It should be noted that this type of waves cannot be seen with the naked eye, since their movement does not take place on the surface of the sea, but everything is done on a much deeper scale. At the same time, we see that these waves oscillate, that is, they move in circles, a little below the surface, being an almost imperceptible movement.

We have the third type of wave, which involves those produced by earthquakes in the oceanic crust, which are very dangerous when they reach the coast. They are also known as tsunamis.

We see that seismic waves are formed when there are earthquakes or volcanic eruptions. This type of surge encompasses the entire thickness of the water layer. Due to the enormous amount of movement and shaking, a wave or a series of waves arise one after the other, which is what is known by the Japanese name of tsunami.

This is a rare but extremely dangerous phenomenon. These are large waves, especially those produced by earthquakes caused by dislocations and faults in the seabed. We even know that in September 1923, in the Gulf of Sagami, near Tokyo, an earthquake caused an abrupt change in the depths, which is why the bottom dropped to 400 m and at a distance of 2 km it rose to 2.30 m. As a result of these displacements, about 22.6 km of water were dislodged above the ocean level, forming a tsunami wave of about 7 m in height, whereby a part of the wave went into the ocean and another part broke on the coast of the gulf, destroying everything in its path.

We already know the types of existing waves. This is important to know because, when we think about the sea and the oceans, we immediately think of the waves: both their image and their sound. It would be impossible to imagine the beach without waves, as they are part of the beach landscape and, at the same time, are essential for the sport.

We have already seen that wind is responsible for the generation of waves that are able to move along the water surface of seas and oceans. At the same time, it is essential to know which are the areas where the swell occurs.

The main areas where swell is generated occur in places where the winds blow from the west in the temperate zones of the two hemispheres. If we move away from these places, there is only one important area with wave generation. In this case, we are talking about the Arabian Sea, a place where, during the months of June, July and August, there is a strong swell caused by the summer monsoon.

It is unusual for trade winds to generate large waves. However, tropical cyclones do generate strong waves of irregular shape, with most of the waves observed in the intertropical regions originating in the higher latitude regions and propagating for thousands of kilometers.

Now that we know this, we must move on to see what the parts of a wave are:

Parts of a wave

We already know what types of waves there are. However, when a wave is generated, we can divide it into several important parts. Taking this knowledge into account will help to improve our relationship with the sport, so we can see what aspects to evaluate.

The first thing we talk about is a line that corresponds to the level of the ocean when it is not affected by waves. It is the time that is taken as a reference of the ocean over a long period of time. Thus, when the waves occur, an operation can be performed and the height of the waves can be added and subtracted with respect to that measurement.

What we see is that this still water line is marked in the center of the deep water wave, being located much further downstream when the waves are coastal. Therefore, it is an ideal reference location if we plan to find out the height of the waves, for example.

Crest of the wave

This is the best known point for everyone and one of the ones we like to observe the most. In this case, we are talking about the highest point of the wave. It is famous among surfers and can be recognized by the white water and foam that is generated when the wave begins to bend and fall, “breaking” against the shore.

Sometimes, we confuse height with crest. However, the wave height is the difference between the crest and the valley. That is, whatever that distance measures is the height of the wave, while the crest is the highest part where the wave is located.

The wavelength of a wave is whatever measures the horizontal distance between two waves. The measurement can be made between ridge and ridge or valley and valley, but it is essential that you can do it if you want to evaluate how it can break.

The period of a wave is the time that occurs between one wave and another. To obtain this measurement, what is done is to choose a fixed point and calculate the time it takes for the crest of the wave to pass to the second crest. This is especially interesting when we see that the sea is “moving”, i.e., when it breaks up in a row. At the same time, this time is also measured from valley to valley.

Here we have frequency, which is somewhat similar to period. However, the difference is that it only measures the total number of waves passing through a reference point per unit of time. Sign up for our surf courses Lanzarote and learn in person, we also offer accommodation 100 meters from the beach of Famara and surfboard rental in Lanzarote for those who want to come surfing on their own.

The amplitude is the distance between the still water line and the crest of the wave. Basically, you could say that this is the height of the middle of the wave. 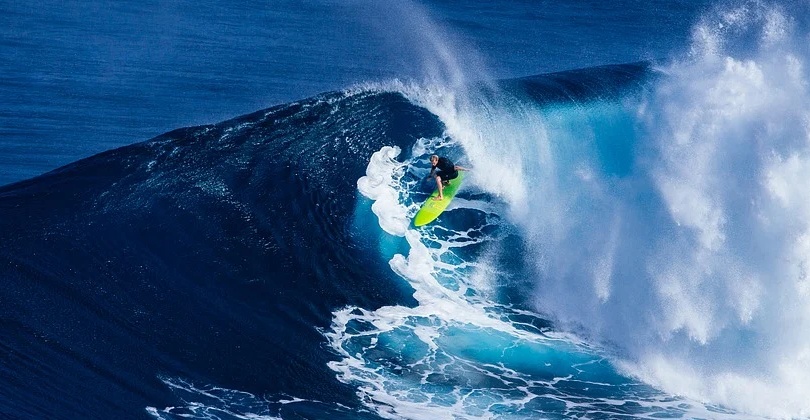 You’ve already learned what types of waves exist and what their parts are! With this information, you will be able to improve your surfing experience, since it is always fundamental to know what we face when we practice this sport, and at the same time it is vital to know everything we can about our great friends: those that allow us to move and enjoy the great sensation of using a board.